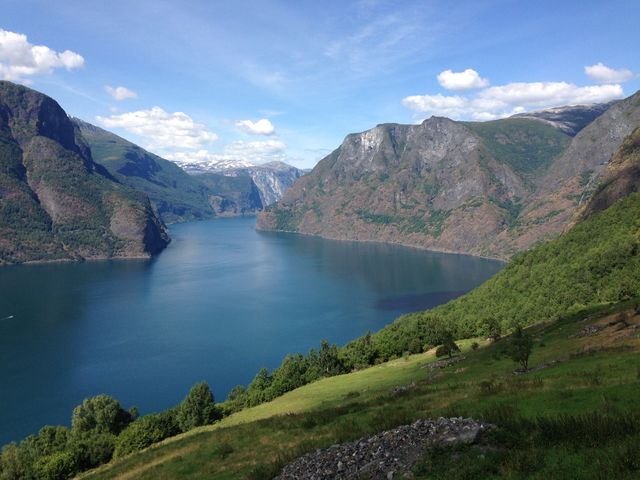 The focus of this blog article is on Divine Gratefulness as expressed in the Christian hymn Gloria in excelsis Deo. Many moons ago, I was stirred to choreograph a dance to the first verse of this hymn, which is part of the Dances of Universal Peace. To this day, every time I sing this song and do the dance, I feel a fjord of gratefulness open up in my heart; gratefulness for the connection to the heavens above and the earth below and the joyous beings in the circle! Gloria in excelsis Deo means praise be to God on high. It's a mysterious process how listening to the angels and the mountains sing to each other can make us feel there is a pathway through even the most difficult times. At the top of the photo above, there is an angelic presence in the form of clouds. May this angelic presence watch over all of us as we find and refind Divine Gratefulness for that which is coming into being and that which is passing away...

The focus of the next blog article is on Divine Peace as expressed in the song and dance Asalaam Aleikum from the Muslim Tradition.